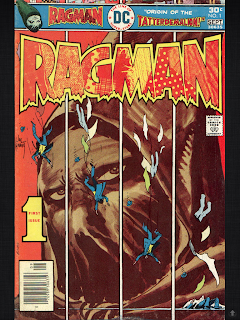 The sad news of Joe Kubert's passing hit me pretty hard the other month. Not only was he a key figure in comic book history, he was still a vital part of it today. It's impressive enough that he became a key artist in the Golden Age of Superheroes back when he was a teenager. And then again in the Silver Age, when superheroes were revived back in the Sixties, he inked the revival of the Flash, and drew the revamped Hawkman. (One of my favorite comics annedotes is when I read that he only did six issues of Hawkman, because he couldn't afford to leave Sgt Rock, the war comic, for the lower-selling/lower-paying superhero book.) And speaking of Sgt. Rock, his work on DC's war comics like Rock and Enemy Ace essentially defined war comics for the post-EC comics industry. His work as a teacher, founding and running the Kubert School for the Cartoon Arts is just as noteworthy as his work as an artist. But as if that all wasn't enough, he was still working in comics today--there's a new issue of Joe Kubert Presents in this month's Previews catalog--and he was every bit as great as he had ever been.

To honor his memory, I decided to read some comics on which he'd worked. Instead of going for an obvious choice, like Sgt Rock, Enemy Ace, or Hawkman, this felt like the perfect occasion to finally read Ragman, the short-lived series he created with frequent collaborator Robert Kanigher. While Kubert didn't do the full art (finishes are by the Philipino Redondo Studio) his influence can clearly be felt through the layouts. 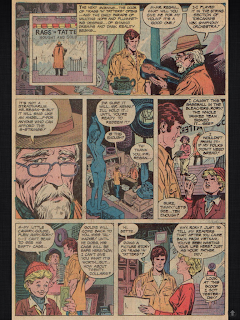 The story begins in media res, coming in during an adventure in which the mysterious costumed Ragman is wounded. We see that the costume actually belongs to junk dealer Rory Regan. In flashback, we learn that Regan, recently returned from the Vietnam war, inherited the junk shop from his father.

The senior Regan and his friends, we learn, had discovered a large sum of money hidden away in a mattress in the junkyard, which they planned on giving to Rory to secure his future. Unfortunately, criminals show up to claim the money. When Jerry Regan and his friends refuse to tell where it is, the criminals shoot down some electric wires, so that they fall on top of them. Rory shows up, and in the process of trying to rescue his father and his friends, he grounds the power. When he revives, Rory discovers the old men have been electrocuted, and the crooks are gone. He also finds a costume the men had made for him, with a note explaining it was intended for a costume party. The costume? Ragman's.

I've always thought of Robert Kanigher as a blue-collar comics writer. He wrote down-to-earth stories about regular people. I have trouble imagining him writing something as purely fantastic as Superman or the Justice League. Even something like Metal Men remains memorable, not for the science fiction superheroics, but for the very human personalites of the main characters.

Ragman #1 features those same likeable, human qualities. The characters and the neighborhood they inhabit feel very natural and real, compared to the Gotham Cities and Metropolises that other, bigger heroes occupy. In a lot of ways, it reminds me of movies from the same period; films from the early 70s feel, to me, like they are trying to feel gritty and realistic, rather than overly slick and glossy. If Ragman were a movie, it would be shot with handheld cameras on a high-grain film stock.

It's not a flawless story. The whole notion of the crooks torturing Jerry Regan and the others by shooting some power lines, causing them to fall on the men, seems particularly convoluted and contrived. The fact that the crooks just seem to disappear afterwards seems equally unsatisfying. It also doesn't feel like the story comes to a natural end of a chapter so much as just stops. 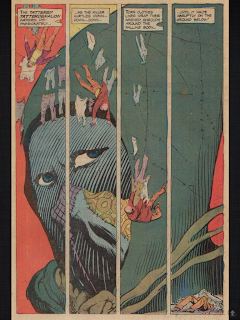 Having said that, so far, the story's strengths--primarily tone, mood, and its visuals--outweigh the clunkier storytelling weaknesses. It's not a flawless comic, but as a first issue introducing a new character, it's got me wanting to come back for more.

More impressive and consistent are those aforementioned visuals. While the art is credited to the Redondo Studio, it's very clear that the layouts are by Joe Kubert. Those layouts tell the story with style and flair, without sacrificing clarity. And the design of Ragman is simply fantastic. Dark and creepy, it's almost a costume more appropriate for a villain than a hero. 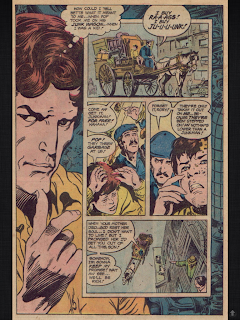 The Filipino Redondo Studio take those brilliant layouts and flesh them out skillfully. While Kubert deserves credit for the design and storytelling, the Redondos deserve credit for the mood, and for creating a fully-fleshed-out sense of place and location. Their work adds detail and texture, and is responsible for the feel of the series as the Kubert layouts and design.

I had known the character of Ragman for a while. I had seen house ads in other DC comics I had read from the period (probably just Superfriends, as I think back on it). I had read the revival series in the 80s, when Robert Loren Fleming (whose work I loved from Thriller) and Pat Broderick relaunched the character with a new background and origin. But this is the first time I've read these original stories. I look forward to reading the rest.

Posted with Blogsy
Posted by Penelopecat at 9:00 AM No comments:
Email ThisBlogThis!Share to TwitterShare to FacebookShare to Pinterest
Newer Posts Older Posts Home
Subscribe to: Posts (Atom)