Adventures of Pete & Pete, The - The Boys are Back for Season 3
Posted by Penelopecat at 7:34 AM No comments:
Email ThisBlogThis!Share to TwitterShare to FacebookShare to Pinterest 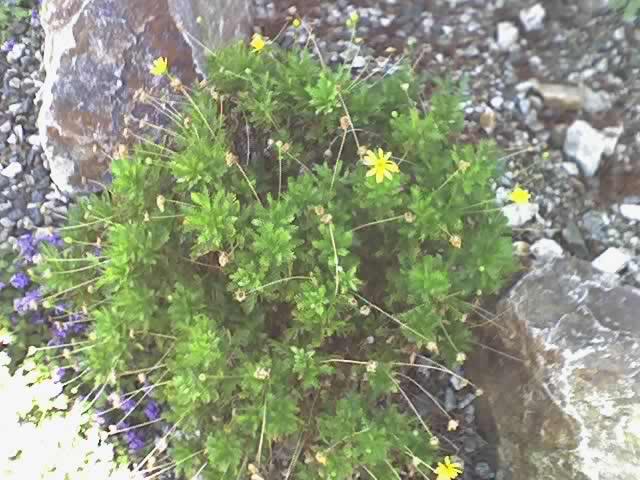 Thought these daisies were dead for sure.

Posted by Penelopecat at 4:08 PM No comments:
Email ThisBlogThis!Share to TwitterShare to FacebookShare to Pinterest

I read the first issue of Infinite Crisis, the big DC Comics event series of the year, the one that will change everything about the DC Universe that we know, just like Crisis on Infinite Earths did 20 years ago (to which this is a sequel). And I enjoyed it okay, but also have some pretty fundamental problems with it. Once again, it's a comic that seems completely dependent on what has come before; the cliffhanger ending really only has any meaning for those who read the first story twenty years ago. And while I'm happy to read the ongoing adventures of characters I love, like Doctor Who or James Bond or whoever, there's a world of difference between reading stories about the same characters for twenty years, and reading the same story for twenty years.

On the plus side, it's pretty, and it's not nearly as bad as the four miniseries leading up to it. The unfortunately-titled OMAC Project and Rann-Thanagar War books were really four issues of story crammed into six issues of comics... Day of Vengeance, despite featuring some of my favorite characters, never really became anything more than a superhero story, only with the word "superpowers" whited out and "magic" written in. And the best of the bunch, Villains United, completely fell apart for me at the end with a final issue that just made no sense.
Posted by Penelopecat at 11:25 AM No comments:
Email ThisBlogThis!Share to TwitterShare to FacebookShare to Pinterest
Newer Posts Older Posts Home
Subscribe to: Posts (Atom)