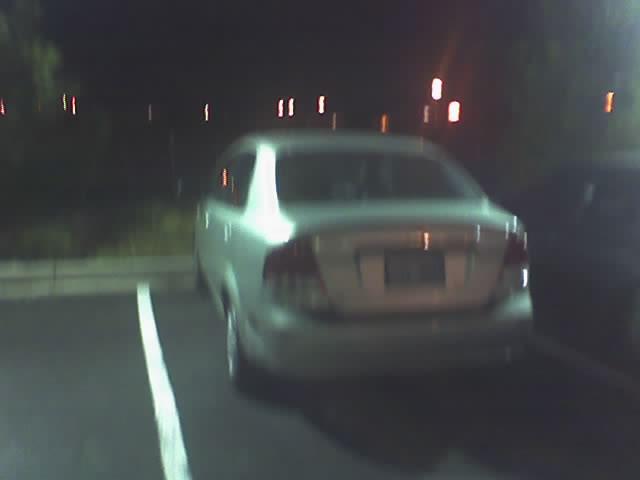 The latest rental. I'm going to try to cram 50 clowns into it this weekend. (It's that small.)

Posted by Penelopecat at 10:42 PM No comments:
Email ThisBlogThis!Share to TwitterShare to FacebookShare to Pinterest 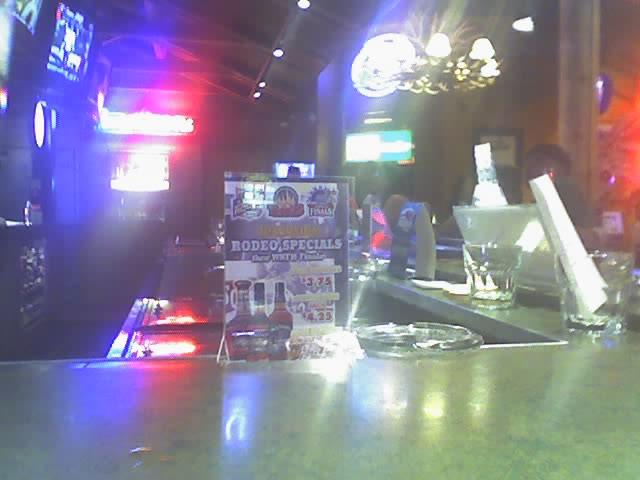 Saturday nite @ Timbers. Where I gave my cute if bitchy waitress a big tip just to notice me. (Don't tell the Girl in the Cafe.)

Posted by Penelopecat at 10:26 PM No comments:
Email ThisBlogThis!Share to TwitterShare to FacebookShare to Pinterest

Hill Street Blues - DVDs On-The-Way For Steven Bochco's Trailblazing Drama
Posted by Penelopecat at 7:41 AM No comments:
Email ThisBlogThis!Share to TwitterShare to FacebookShare to Pinterest

BBC NEWS | Americas | Bush picks aide for Supreme Court: "US President George Bush has chosen a close aide, White House counsel Harriet Miers, for a key Supreme Court vacancy.
If approved by the Senate, Ms Miers - who has never sat as a judge - will take up the place left by Sandra Day O'Connor, who stepped down in July."

Hey, if I knew no experience was required, I would have applied...
Posted by Penelopecat at 5:54 PM No comments:
Email ThisBlogThis!Share to TwitterShare to FacebookShare to Pinterest
As can be seen in the previous post, I am driving a rental car while the damage from last month's accident is finally repaired. Unfortunately, instead of my little Honda Civic Hybrid, I'm driving something called a Grand Marquis, made by Lincoln-Mercury. And it's big. Maybe twice the size of my car. And I'm probably going to have to fill it up with gas every couple of hours, as opposed to every two weeks with my own car. Not only am I terrified driving it--feels like I'm driving a slab of concrete, really--but I just feel... wrong inside of it. It's just so not me.

On the other hand, if that hadn't been returned while I was at the rental place, all they would have had for me would have been an SUV. So... bird in the hand...
Posted by Penelopecat at 1:40 PM No comments:
Email ThisBlogThis!Share to TwitterShare to FacebookShare to Pinterest 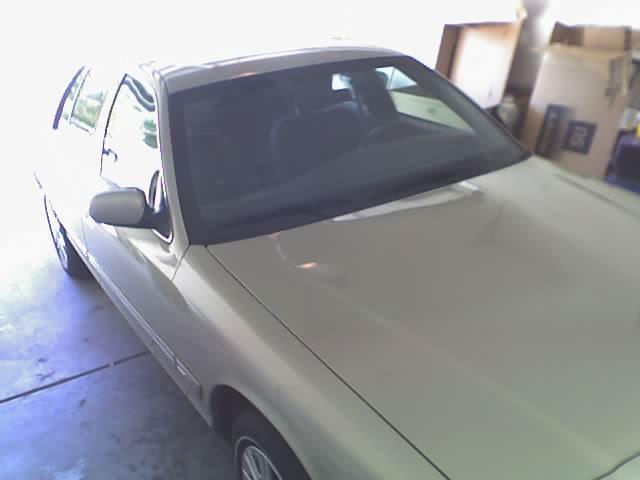 The rental that barely fits in the garage.

Posted by Penelopecat at 12:26 PM No comments:
Email ThisBlogThis!Share to TwitterShare to FacebookShare to Pinterest

So I went and saw Serenity today, the theatrical feature film continuation of the TV series Firefly, and the feature film directorial debut of series creator Joss Whedon. Among telefantasy fans, Joss Whedon seems to be regarded as a saint who can do no wrong, and the premature cancellation of Firefly must be nothing short of a criminal act. (It was a shame, certainly, though, as I wrote at the time, a series that was really a post-Civil War Western dressed up as science fiction was going to be a tough sell in any case.) So when it was announced that he would have the chance to continue the story as a film, the telefantasy geek community seemed to rejoice at the thought of what would almost certainly be a piece of celluloid perfection.

Then people started actually seeing the movie, and the reviews were... well, mixed. The prevailing attitude (as represented by the review in Shiny Shelf) seemed to be that the movie was okay, but not as brilliant as it should have been. But then, these are the reviews from the people who canonized Whedon in the first place, and maybe had higher expectations than are realistic. So I went into the film with an open mind, and I enjoyed it.

Like with Hitchhikers Guide to the Galaxy, reviewers familiar with the show seem to be concerned with how the movie will play to brand-new audiences. As if they're in a position to know. Me, I know the characters and the setup from the TV series, so I can't judge how well the movie (re)explains everything. Any plot recaps didn't feel immediately obvious, but I don't know if that makes them incomprehensible for the newcomer. I'd like to think it's similar to the case of the new Doctor Who: you get what you need to know, but not all the information from the previous series.

Anyway, I really liked it. These were the characters I'd come to know and love from the TV series, and it was nice to see them again. Unsurprisingly, there weren't quite as many little character moments as there were in the 13 episodes of the TV series, but... well, it's a movie. It's not Firefly Season 2. As a movie, it tells the story it has to tell very well, but allows that these people have had lives and stories before this one, and will do so afterwards.

And what a story it is! Scary, funny, sad, thrilling, and compelling, it doesn't let up. And it doesn't play it safe, either. It does deal with one of the main ongoing stories from the TV series (the mystery of River Tam), but uses that as a springboard to introduce new elements that I hadn't been expecting, but make perfect sense. It's a story in its own right, not just a postscript to the series DVDs.

Reportedly, it looks like Serenity will be the number two movie this weekend (I'm guessing the Jodie Foster airplane thing is number one...). That's good news, considering that the theater was actually not that full, and I figured that was a sign of failure. Here's hoping that this isn't the last time we'll see these characters together, even though I can always watch the stories that exist. And now, I can watch them with a sense of closure. The TV series ended at a very transitional point, and it really felt left unfinished. While this movie certainly leaves room for further adventures, it also feels like an ending, and that makes the memories of Firefly a little less bittersweet, and just a little more sweet.
Posted by Penelopecat at 3:05 PM No comments:
Email ThisBlogThis!Share to TwitterShare to FacebookShare to Pinterest
Newer Posts Older Posts Home
Subscribe to: Posts (Atom)